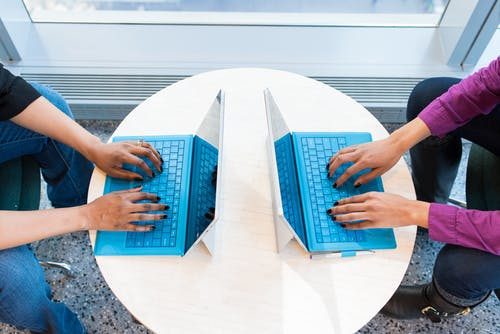 There is a never-ending debate on whether Intel processors are better than AMD ones. While the outcome is still unclear, there is no doubt that AMD has been growing a lot in the past few years. Nowadays, its processors offer dome great propositions. The company stepped up its game to offer the top gaming laptops, too. Let’s learn more about the AMD-powered laptops to see if they are worth the purchase.

A key to choosing a worthy laptop

When people buy laptops, the choice of processor is the most important factor. It’s the so-called soul of the device which can immediately show what this device is capable of.

The advantages of AMD processors

First of all, they are cheaper. AMD processors are more affordable. When you compare the cost of the AMD processor with the Intel one (take equally powerful ones), the first will be cheaper. In other words, you can get a more powerful one by spending the same sum you planned for the Intel processor.

Another interesting fact is that performance is getting better, too. Earlier, AMD processors were considered to be less powerful. It’s completely misguided fact nowadays. Its RYZEN chipsets bring better thermal management and perfect performance.

Finally, AMD delivers high-quality graphics. Using the APU, which combines CPU and GPU, AMD manages to deliver better gaming performance. The graphic options secure great performance for both older and newer games. On the other hand, there is no denying that the high-end NVIDIA beats it easily.

Laptops that run on AMD

AMD is one of the leading manufacturers of microprocessors, motherboard chipsets, graphics processors, etc. Nowadays, one can buy AMD-powered laptops from Lenovo, HP, Acer, Microsoft, and Dell. If you want an AMD laptop, you should visit the official website and explore a variety of options. There you can compare the models and purchase the one that meets your needs.

Why is AMD getting more popular than Intel?

One of the reasons why AMD is so popular is because it powers the best gaming laptops. The independent reviews have been comparing Inter processors and AMD for a while now. Most of them agree that an AMD-powered laptop is a great value package. Some of the top picks in this category include HP Envy x360, Asus ROG Zephyrus G14, Asus TUF A15, and Origin PC EON15-X. Yet, one can get this hardware in more affordable models, too. Even Acer Swift 3 runs on AMD.

All in all, AMD processors are more affordable. That’s one of the reasons for the increased popularity. However, their processors manage to deliver great value, too. If you are looking for an affordable laptop with good performance, take a closer look at the models that run on AMD. You might be surprised to discover some really good options.

Remember that Intel’s high-end processors are yet unbeatable. On the other hand, they cost a lot, too. If you aim for multi-tasking, AMD gives you better multi-threaded processors. Do you need a smooth performance on the budget? Choose AMD-powered laptops.